I think inspiration can come from being near the ocean, the tropical air and breeze -- the easiness of island life.  I not only find islands relaxing and inspiring but healthy as well.  On every island I've visited, I've found that everything I ate was fresh, I took long walks each day -- I was active , felt more lively and energized (perhaps that is a matter of opinion).  I wouldn't fancy living in an island, for fear of getting "island fever" as they say, but I do love paying them a visit.  These are just a few of the places I'd love to see some day. And perhaps even stay for an extended visit...might inspire some beautiful writing!
BALI 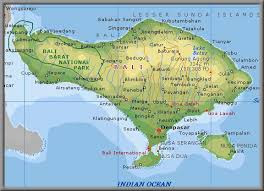 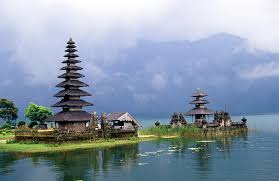 Bali is an Indonesian island located in the westernmost end of the Lesser Sunda Islands, lying between Java to the west and Lombok to the east. It is one of the country's 33 provinces with the provincial capital at Denpasar towards the south of the island. With a population recorded as 3,551,000 in 2009,[2] the island is home to the vast majority of Indonesia's small Hindu minority. About 93.2% of Bali's population adheres to Balinese Hinduism, while most of the remainder follow Islam. It is also the largest tourist destination in the country and is renowned for its highly developed arts, including dance, sculpture, painting, leather, metalworking, and music.

Above source: Wiki --http://en.wikipedia.org/wiki/Bali
One of the most beautiful places on earth -- I've only seen photos of course.  Talk about a creative environment! Who'd not love to sit on a hammock and write all day at the beach? I would!
I'd love to travel to Bali some day.  It seems so serene, relaxing and rejuvenating.  This is one of those "dream places" and I want that dream! Perhaps some day....
MARTINIQUE 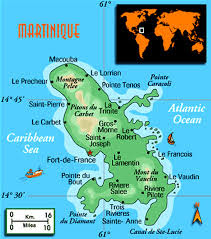 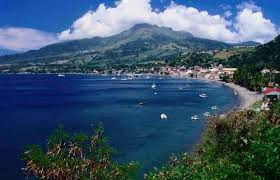 Martinique (French pronunciation: [maʁtinik]) is an island in the eastern Caribbean Sea, with a land area of 1,128 km2 (436 sq mi). Like Guadeloupe, it is an overseas region of France, consisting of a single overseas department. To the northwest lies Dominica, to the south St Lucia, and to the southeast Barbados. As with the other overseas departments, Martinique is one of the twenty-six regions of France (being an overseas region) and an integral part of the Republic. The first European to encounter the island was Christopher Columbus in 1502.  As part of France, Martinique is part of the European Union, and its currency is the euro. Its official language is French, although many of its inhabitants also speak Antillean Creole (Créole Martiniquais).

I've always a dream of mine to visit Martinique for as long as I can remember.  I want to see the tropical forests, mountains and volcanoes --  and of course I would get to practice my French.  I've been studying French for quite some time but am not proficient at it.  I am taking some courses again and eventually I might even write in French.  but that is another dream entirely.... 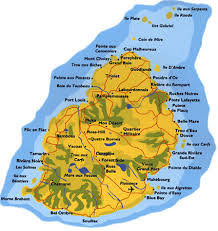 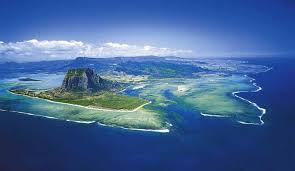 Mauritius (/məˈrɪʃəs/ Mauritian Creole: Moris; French: Maurice, pronounced: [mɔˈʁis]), officially the Republic of Mauritius (Mauritian Creole: Republik Moris; French: République de Maurice) is an island nation off the southeast coast of the African continent in the southwest Indian Ocean, about 900 kilometres (560 mi) east of Madagascar. In addition to the island of Mauritius, the Republic includes the islands of Cargados Carajos, Rodrigues and the Agalega Islands. Mauritius Island is part of the Mascarene Islands, with the French island of Réunion 200 km (120 mi) to the southwest and the island of Rodrigues 570 km (350 mi) to the northeast.

Doesn't that look inviting? Being of Ethiopian origin, I've always heard about this lovely island... I would love to travel there sometime soon!